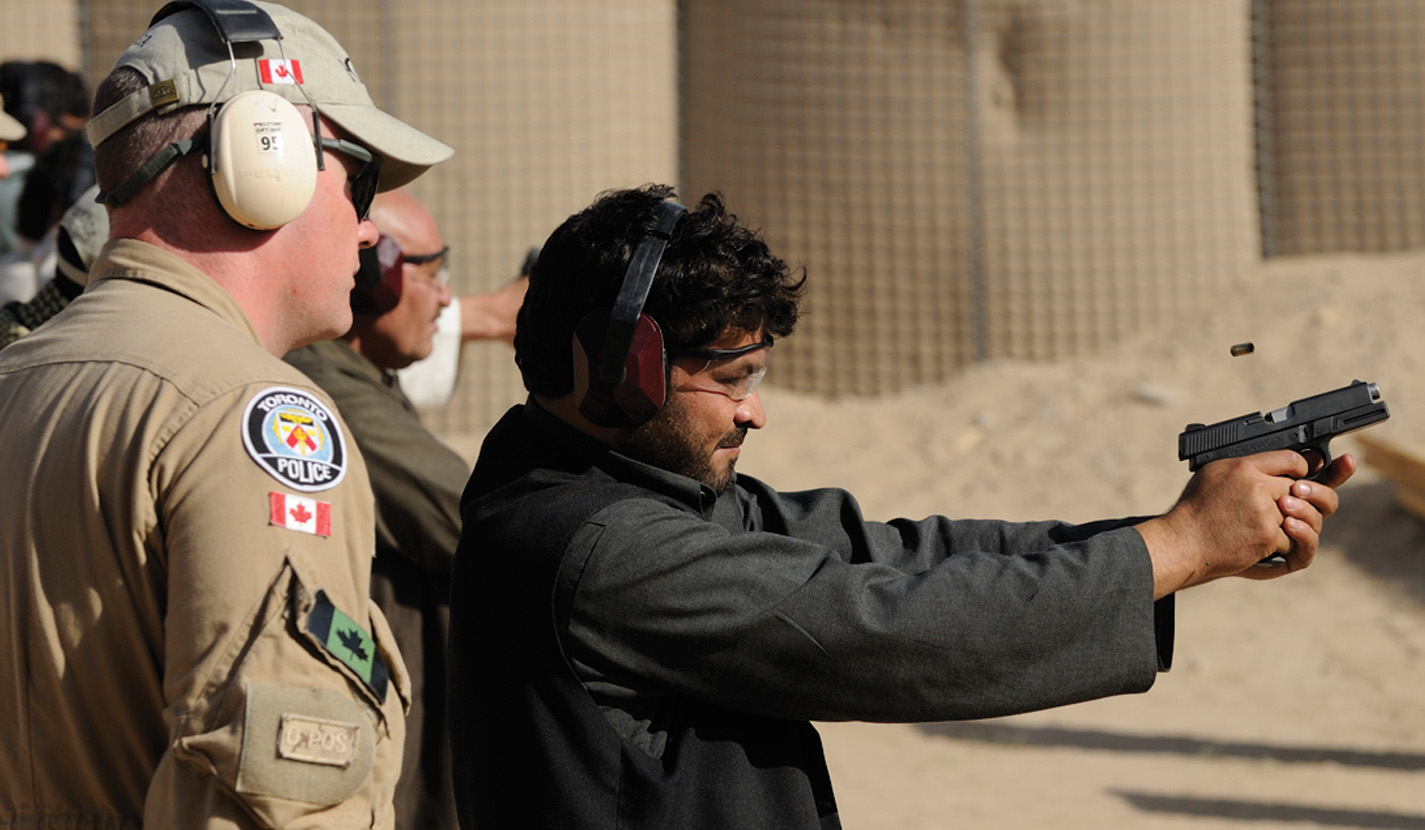 How can a civilian police officer teach people to keep the peace when there is no peace to be kept?

Given Maslove’s second hierarchy of needs, these war torn countries must first have national security and adequate shelter, safe water and food before they’re ready to learn such great western principles as community policing and self actualization concepts.

Citizens of many countries see little distinction between police and the military and this problem becomes more acute in countries like Afghanistan, where we place officers in war zones and treat them like soldiers. Not only are police not soldiers but, unless they come to the job with previous military training, they are not physically or (especially) mentally ready to take on the challenges of a soldier.

Everything a police officer does outside of martial arts and firing a gun is foreign to soldiering. Soldiers are taught, for the most part, to take commands without question and work strategically in groups against a clearly identifiable enemy. The day to day soldiers life is rather uncomplicated. A large part of the training process ingrains a culture that not only stresses the importance of teamwork but also how to psychologically handle taking a human life.

This is not an easy task and, given the wide range of people being trained, not always completely successful. To compensate, soldiers are taught such things as comradeship and pride of unit (or esprit de corp, if you will).

Another way the military structure gets around the stresses of the job is by ensuring large numbers are brought to bear in a battle. The more successful rotate soldiers out of frightening war zones so they are not overly impacted by the sights and sounds of the battle. Core training includes ingraining a sense of invincibility, along with a belief in their superiority over the enemy, so new arrivals are kept segregated from the wounded and dead as much as possible.

In short the modern military has a studied approach to war that is purposefully designed to ensure maximum health (physically as well as mentally) so that the home-coming soldier is returned to as reasonable a proximity of regular life as is possible.

None of this occurs with police officers, who are hired for a long term engagement and taught specific skills which enable them to work with people on a one to one basis. They are taught to enter a strife-filled situation with the intent of resolving conflicts and restoring, as much as possible, the peace which existed prior to the problem arising.

Virtues valued in policing include the ability to show empathy toward victims and problem-solve. In this respect, every officer is a general, not a soldier – but unlike the military, they are not taught to dehumanize a target on command or kill when ordered with minimal emotional impact. They are most certainly never taught how to cope with war zone situations and post traumatic stress is very low on the priority scale.

I was horrified to hear that police officers have been routinely trained on military weapons because they may need to use them in some of the locations they are sent. If this is a requirement, then I would suggest the area is not quite ready to learn about community problem solving techniques. It would be much wiser to first let the military do its job. Send police in to show a better way when a region is stable – not just anticipated to be stable.

In the mean time I would suggest a much better approach would be to sponsor a “train the trainer” process. Send the brightest and best from afflicted countries to a Canadian police college, where they will learn a better way of dealing with the public and meet much better role models to emulate. They will learn from Canadian recruits and experienced staff who share common beliefs. Once indoctrinated with Canadian style policing concepts and previously armed with their own cultural understandings, they will be far better prepared to incorporate what they have learned in their homelands.

A secondary benefit will be a reduction in psychological issues experienced by returning police officers attempting to re-immerse themselves in peace-time Canada. Make sure a country’s first four needs are met before jumping into the fifth – policing.