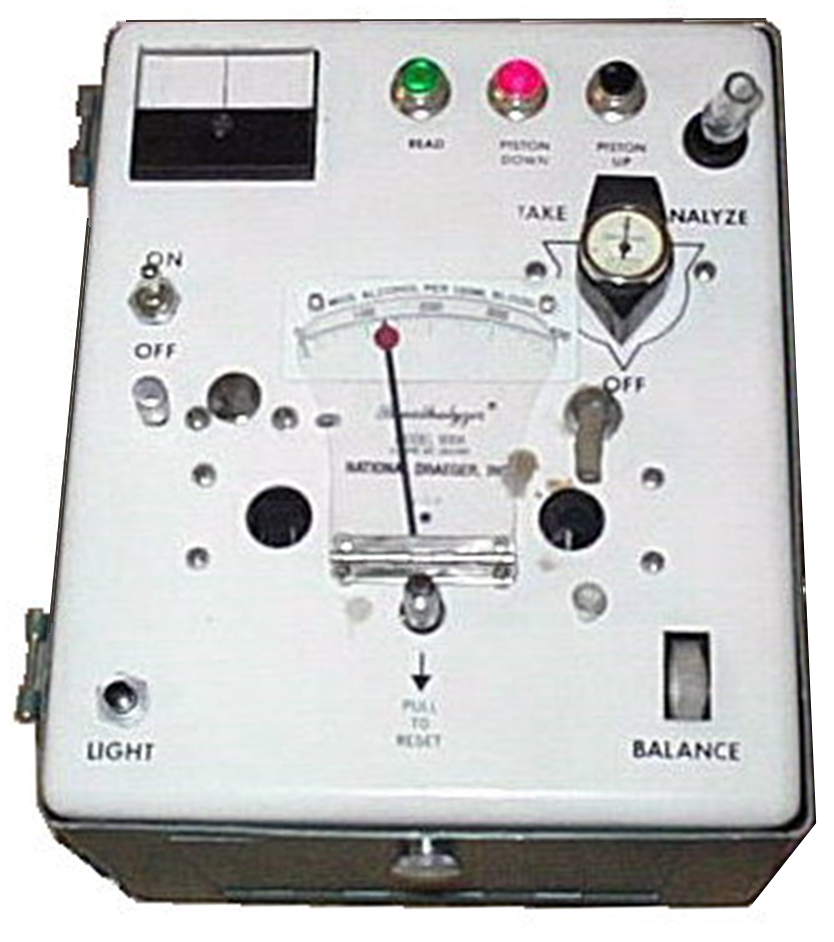 I recall my number ONE Breathalyzer test. This is “the biggy” that every breath tech worries about because you can imagine what the defence lawyer could do when they found out that this is — THE FIRST.

I was working a quiet afternoon shift at the Traffic front desk when Harry gave me a wink and a nod as he began his shift. Harry, we will call him McClenaghan to protect the innocent, called out to me, “Don’t worry Morley — we will get you your first drunk in no time.”

I knew Harry’s reputation and he was a wonder to behold. He was known as the unit’s best drunk catcher and a record holder with a daisy chain of four prisoners, all cuffed together and stinkin drunk. As for how he managed such a record, don’t ask. Harry ain’t tellin.

But I digress — again. Now Harry started his shift at 4 PM and by 4:20 he was parading an impaired (nay drunk) driver before the sergeant at the desk. My surprise was more with the sergeant, who seemed not at all surprised.

“Okay Morley, you better get that machine primed,” came the order. I dutifully corrected the sergeant that it was an “instrument and not a machine.”

Off I went to the Breathalyzer office and everything I was taught kicked into high gear. I purged the instrument, timed everything and made careful notes. I qualified the ampoule containing the “clear yellow liquid” (consisting of 0.25% potassium dichromate, .025% silver nitrate and 50% by volume sulphuric acid) with the alcohol standard test, containing 3.38 milligrams of alcohol in each millilitre of solution. I purged the instrument to clear it of all residual alcohol and balanced the light meter.

After making clear notes of all this I welcomed my “guest” – number ONE – into the office. Harry advised me of the circumstances of the arrest and his reasons for believing the subject to be impaired. I furiously wrote down my notes.

Visions of a gruelling cross examination from a defence lawyer loomed large in my head. This one had to be letter perfect because it was — number ONE. I noted the condition of the subject carefully. Eyes – red and watery; pupils – dilated; smell – alcoholic beverage… ahhh… in there somewhere… I was sure there was alcohol… and grease… dirt… and… and… oh yes!… vomit… and… Oh No!… faecal matter.

“Harry – where did you find this guy?” “Just driving down Yonge Street,” Harry said cheerily. “Okay Harry. Thanks… I guess,” I responded gloomily. The smell was overpowering. Thoughts of what a maggot might smell in the disposal bin of a slaughter house on a hot day came to mind.

The man was slouched in the plain steel chair. The subject lobbed his head toward me in recognition of the voice he could hear in the fog. I asked him if he could understand me. He responded with something that could have been affirmative so I demanded he blow into the plastic tube I held to his lips. He placed the tube to his mouth as I delicately withdrew my hand in time to avoid a drop of liquid bile coming from his mouth and nose. He promptly pulled the instrument off the desk and threw it against the wall turning it instantly to rubble.

The fight was on as I tackled him in the midriff and pinned him against the wall. The interview room door opened wide and the cavalry arrived just in time to see the primal hunk of sludge throw up all over my shoulder and back. As the troops carried away my chuckling subject, I could hear him yelling “have a nice night copper.” I looked around the office in dismay. It was time to take notes as to what had just happened here. “My first test is a refusal,” I said to myself. “What a way to start.”

I looked at the wreckage that was once my shiny Borkenstein Breathalyzer model 900A. I looked at my notes, dutifully inscribed with the number ONE, and covered in puke. Do I clean my office, myself or the notes first. I decided on the notes and then went to change my shirt.

After cleaning the office, the final indignity came from the sergeant in charge of the station. “Sign here Lymburner.” He was showing me a departmental documentation for permitting a drunk to handle my “machine.” I dutifully pointed out that it was an instrument and not a “machine.” His steely eyes narrowed at me as he dutifully added to the bottom of the documentation that I was also insolent with the sergeant.

The epilogue to all this is both bitter and sweet. I was called into the inspector and he docked me eight hours pay for not securing the “machine.” I thought about dutifully correcting the errant descriptor of the instrument and then remembered that closed mouths attract no flies. I took my lumps and ever after kept a firm hand on “the machine.”

And what of my subject. Two weeks later I was notified by newspaper headlines that good old “number ONE” was found shot dead outside his apartment. Apparently, the victim of a drug deal gone bad.

Is there justice so fair that mere mortals can not bear?